My twins, Ruby and Sophia, were 2 when we first went on a Wetwheels trip. They have a rare neurological condition which causes a range of transient symptoms, including sudden, prolonged respiratory arrests which require ventilation with a bag and valve mask and oxygen. Sailing is something I never thought we would be able to do as a family, but when our local hospice told us about Wetwheels, I was persuaded to give it a try.

On the morning of our booking, Ruby had several respiratory arrests, and we nearly cancelled our trip. We ended up driving to Whitby with two hospice nurses following us in the car behind in case of emergencies, and they waited in Whitby while we sailed so that we knew we had someone on hand. We explained the situation to Pete, who was very calm and understanding. We were worried about the new experience potentially triggering the girls’ symptoms, but he reassured us that we could go at our own pace, and that he would go slowly to begin with and keep us close to the shore.

Ruby and Sophia absolutely loved the whole experience, and seeing their faces light up made all the worry worth it! It was so good to know that we had been able to give them such a joyful experience - it genuinely felt like we had beaten their condition for the day. Although we didn’t experience any respiratory arrests on the boat, Sophia did have an episode of full body paralysis and dystonia (which looks like a focal seizure, and which we treat with buccal midazolam). Pete was both calm and attentive, not panicking or over-reacting, but letting us decide how much further we wanted to go, and how we wanted to deal with it. It was such a special day, and a really special memory .. 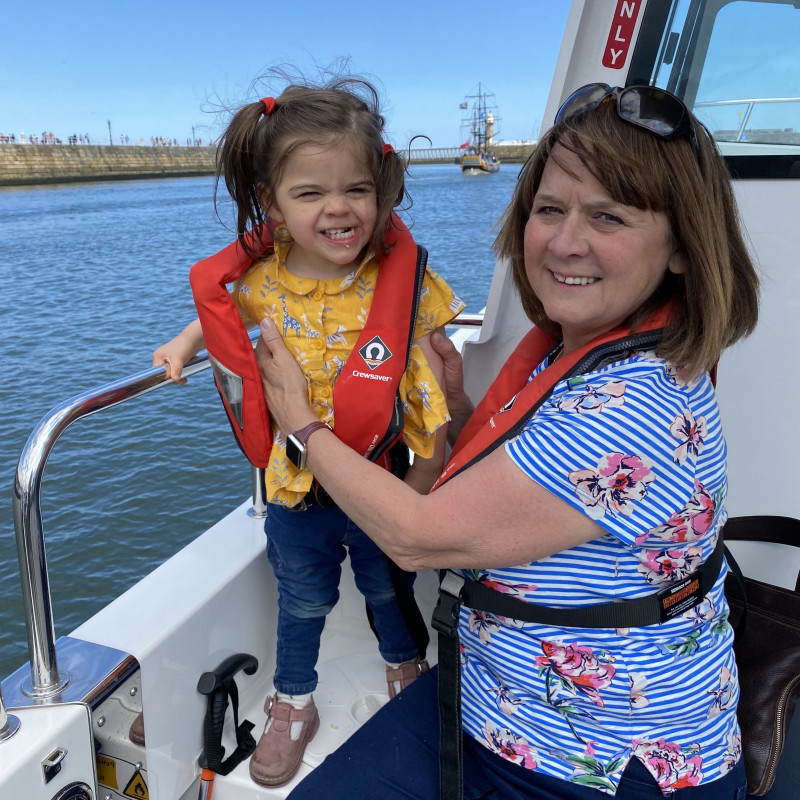