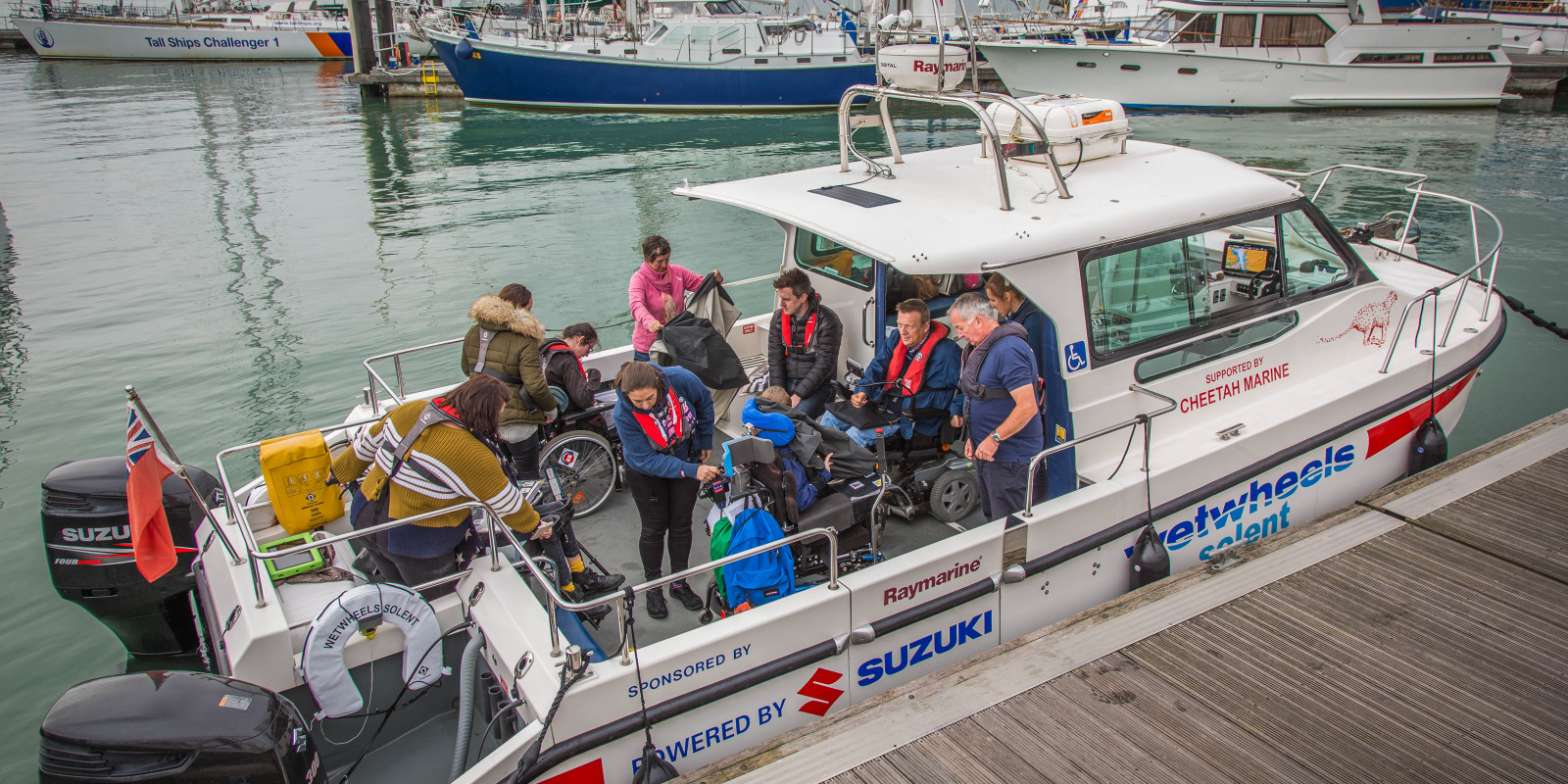 Serving Portsmouth and the South Coast

Launched in 2011, Wetwheels Solent is the original regional operator for the national disability power boating charity Wetwheels Foundation. It is community interest company 12524690.

Wetwheels Solent has her home in Portsmouth, so is perfectly positioned to operate across the region.

The Wetwheels experience is designed to enable every disabled person the chance to experience the excitement of power boating. Wetwheels boats are truly unique by being fully accessible - not just giving you the chance to be a passenger, but also to take the helm as the skipper - everybody gets the chance to drive!

We depend on the goodwill of our wonderfully experienced volunteers and generous donors to bring Wetwheels to you. If you would like to be part of a Wetwheels experience, it doesn't matter if you're young or old; just get in touch with Karen in the office to arrange your visit.

The Wetwheels team look forward to welcoming you aboard.

Keep up to date with our news by entering your name and email address below.

Please complete this form, to pay a bill via PayPal. 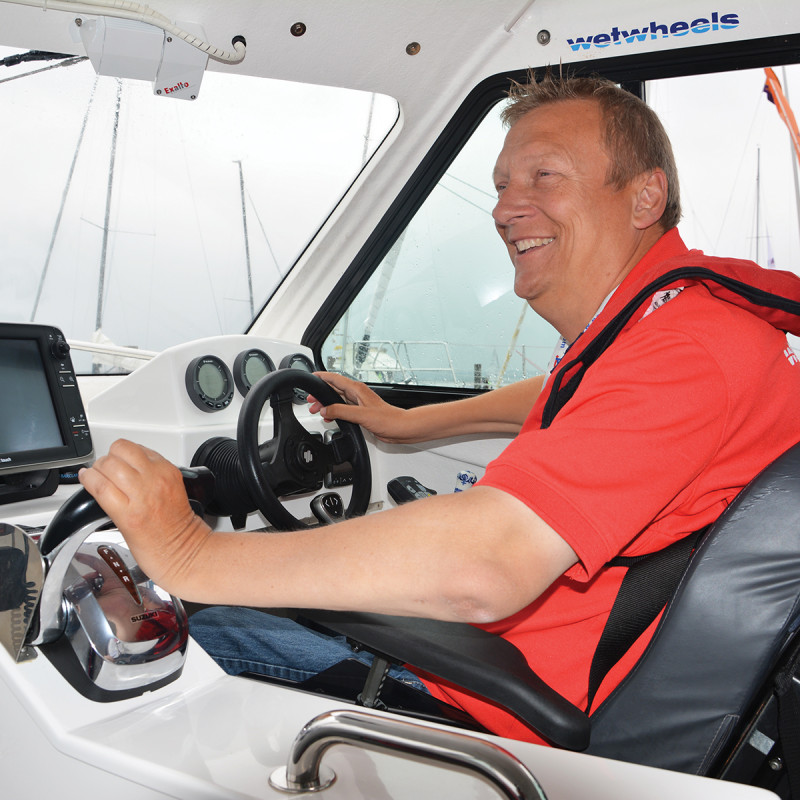 Geoff was paralysed in a swimming accident in 1984 and uses a wheelchair. In 1995 he became the inaugural Chairman of RYA Sailability. In 2007 he became the first disabled person to sail single-handed around Great Britain and in 2009 he sailed across the Atlantic Ocean unassisted. He was awarded an MBE for “Services to Disabled Sailing” in 2010 and named ‘Yachtsman of the Year’ shortly after. He was made a Deputy Lieutenant of Hampshire in 2012 and he is a Council member of the RNLI. He is also a patron and ambassador for several charities for people with disabilities.

Geoff has 20 years experience in marketing & PR working for international accountancy firms Deloitte & Coopers & Lybrand. He holds a degree in Antiques and Auctioneering. He is the author of 'Walking on Water' and is a professional Speaker. 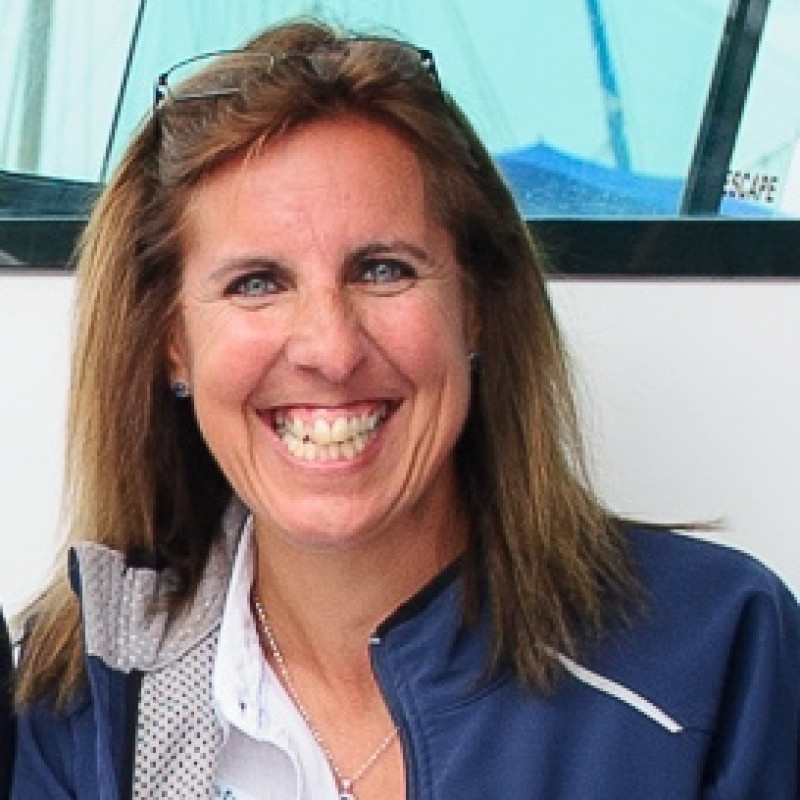 Karen met Geoff back in 2011 when he first launched Wetwheels at the Southampton Boat Show.  Karen already had a passion for boating but from that moment she was hooked!  She said 'the smiles on the faces of all those disabled people we took out during those first 10 days will stay with me forever'   Karen then ran various projects on a part time basis for Wetwheels before joining full time in 2014 as Office Manager.  In 2017 she was rewarded for her hard work and dedication and appointed as a Director.

Karen comes from a background in Finance and Customer Service working for companies such as Suzuki GB PLC and General Electric over her career.  She is responsible for the day to day running of Wetwheels Solent from initial contact through to the trip itself, along with the finances and everything in between to keep Wetwheels running smoothly.  Since starting, Wetwheels Solent has gone from strength to strength from taking out just a few hundred people to over 1,700 per year! 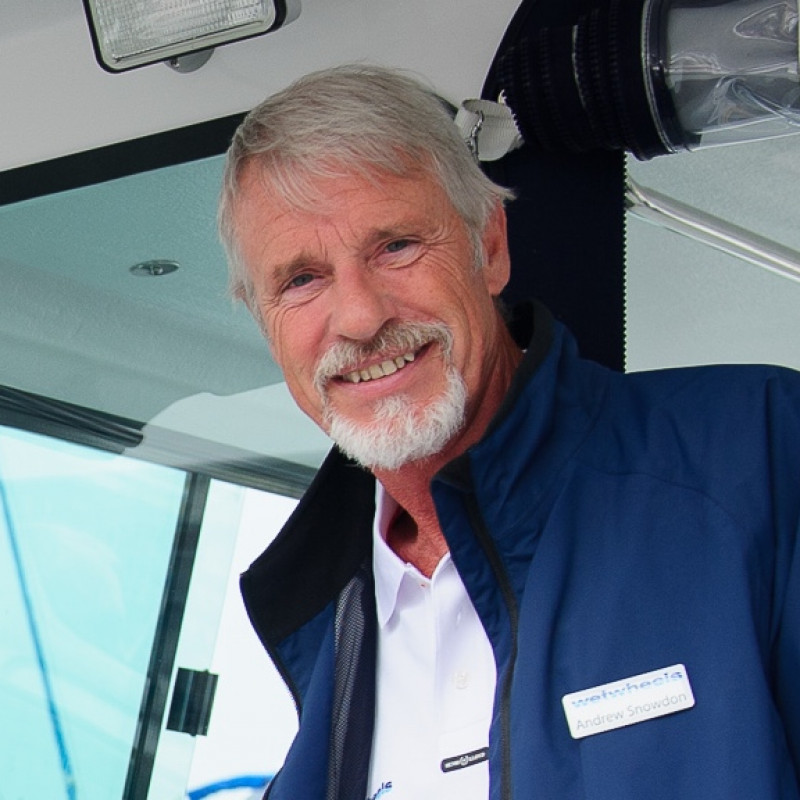 Andrew has recently retired after successfully running his own business for 18 years and has a lifelong love of the sea, boating and fishing.

After meeting Geoff more than 40 years ago through the Round Table organisation Andrew was honoured to be asked to be involved with Wetwheels, and being part of a group that offers such wonderful experiences on the water fills him with pride.  Andrew is committed to ensuring that Wetwheels continues to provide trips that offer freedom and adventure to wheelchair users of all ages. 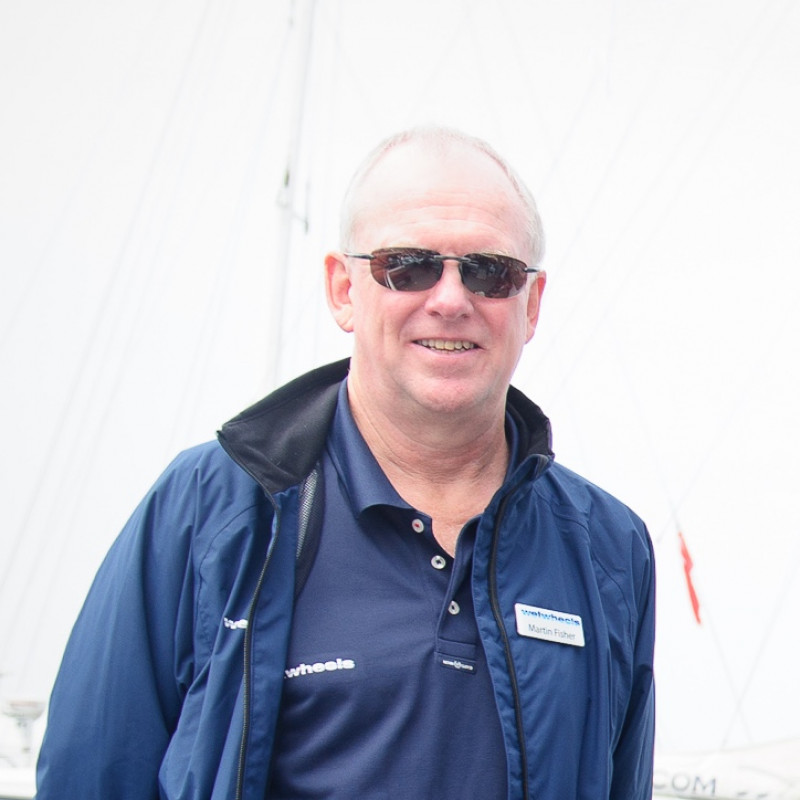 Martin is Regional Director for Vision Independent Financial Planning Ltd and first became involved with Wetwheels when he was inspired by Geoff Holt at a corporate speech Geoff gave.  He says, “What I can give back is only an incredibly tiny percentage of what Geoff does for disabled people.  To see the reaction we get from people who have experienced a ride on the boat is amazing and worth any time I am able to spend! 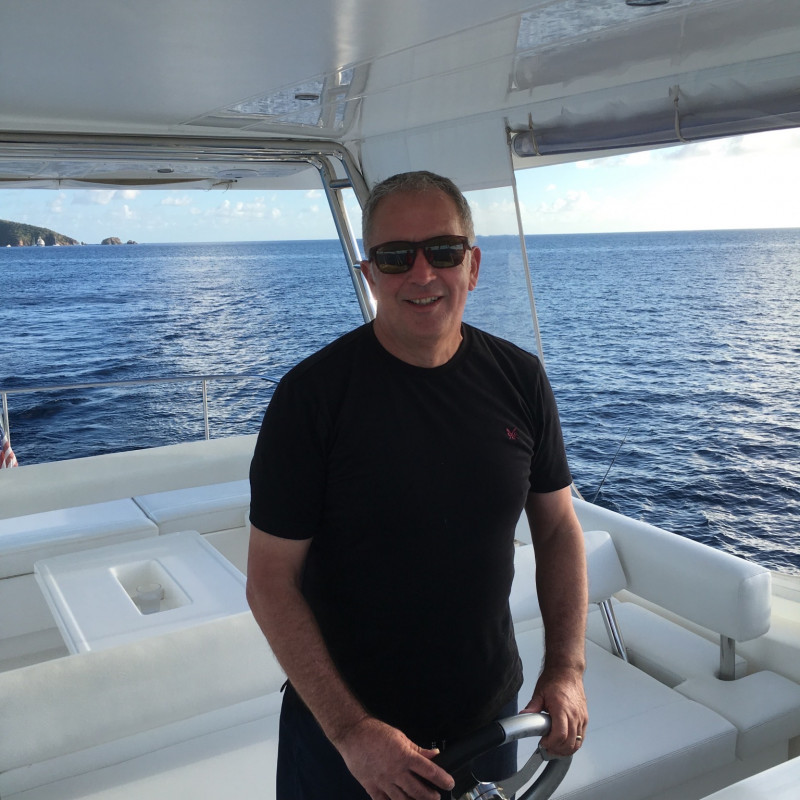 When Keith moved from inland to the south coast of Hampshire in 1973 his love of the sea began. He has owned dinghies, a yacht and developed a keen interest in boat angling and is currently on his 5th fishing boat moored in Gosport.

Keith has been involved with many local sailing charities as either crew and once he became qualified as a skipper. The participants have always been either disadvantaged or disabled young persons so when the opportunity to skipper Wetwheels Solent came along in 2012 he felt suitably experienced to take on the role. 8 years later he has taken out over 10,000 participants on Wetwheels Solent and is looking forward to taking out many more. 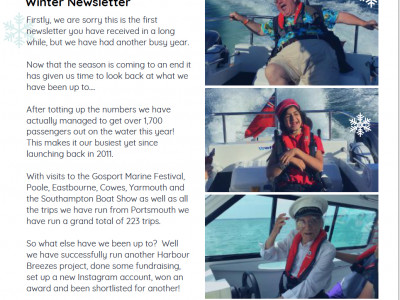 Welcome to our 2019 Winter Newsletter. Firstly we are sorry this is the first newsletter you have received in a long while, but we have had a busy year.  Click on the PDF link below the picture to the right to download our full newsletter.... 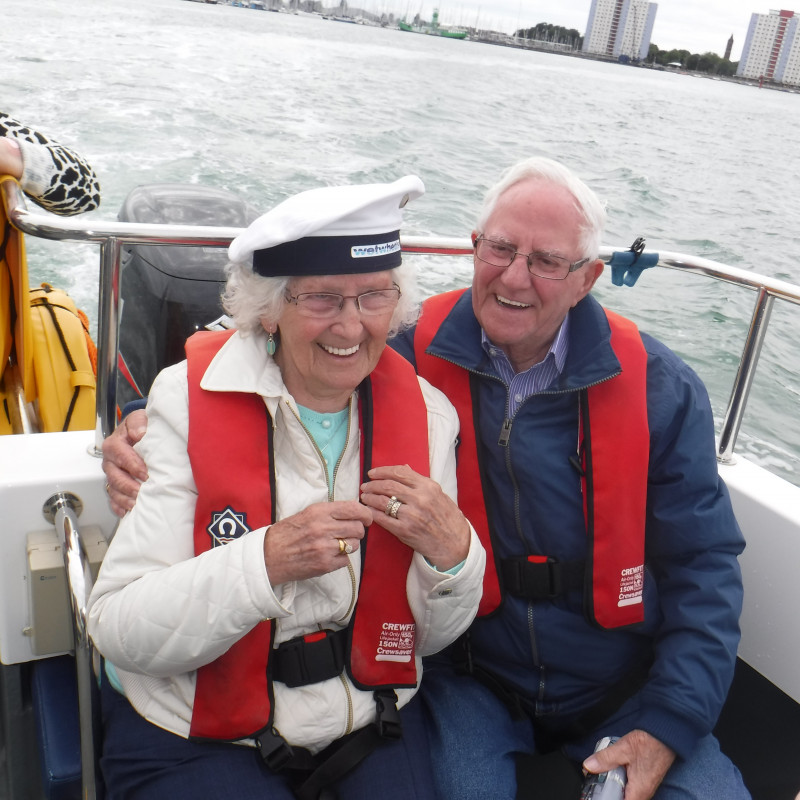 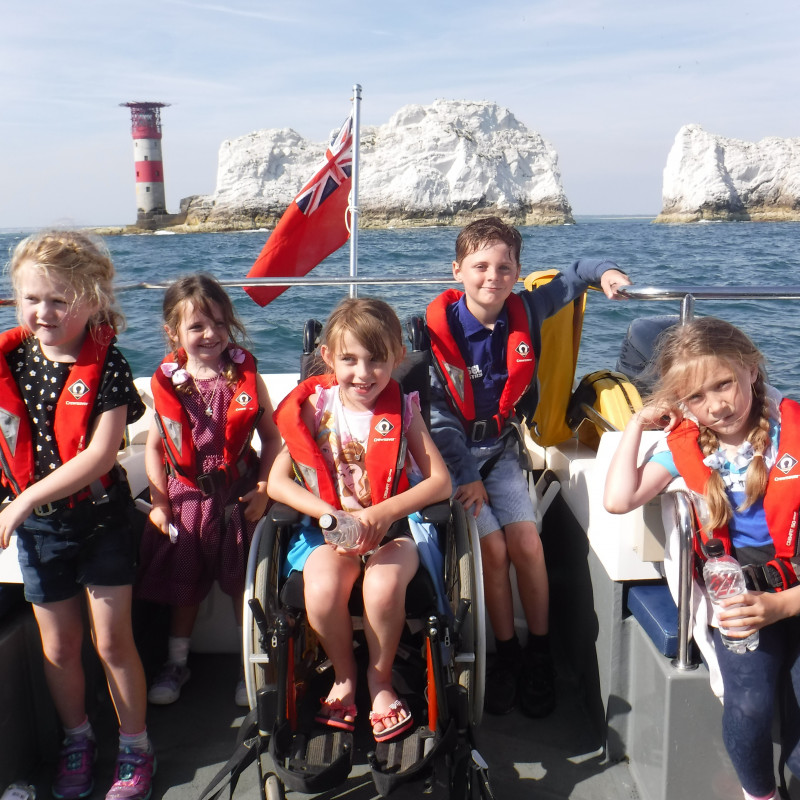 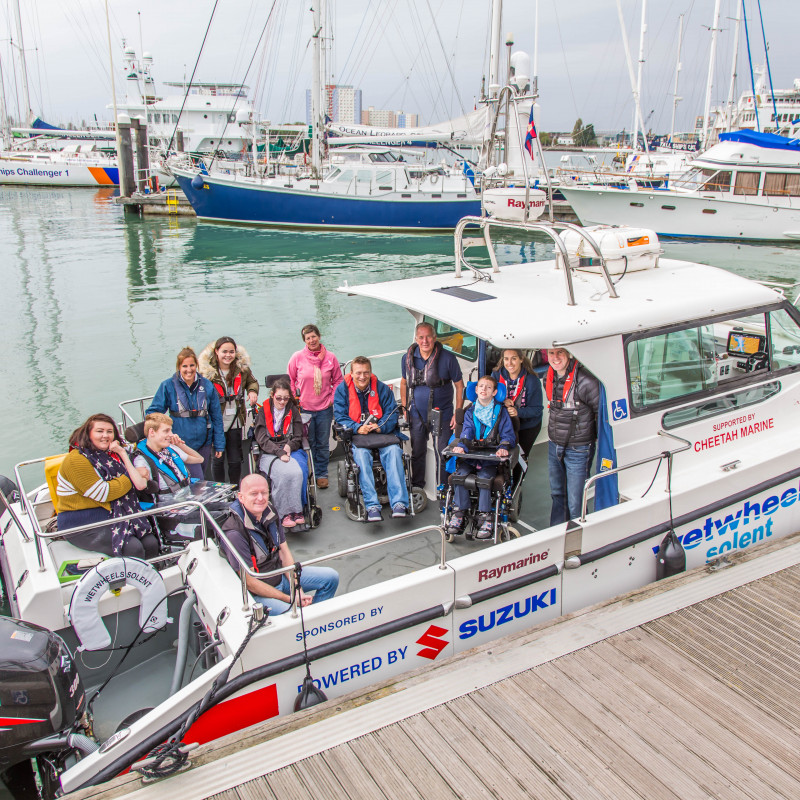 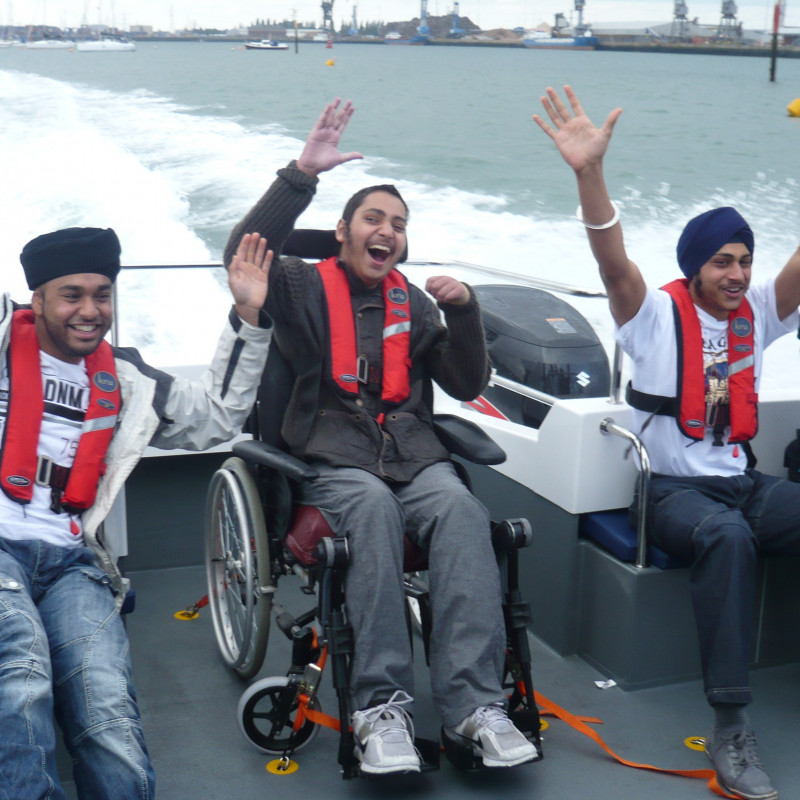 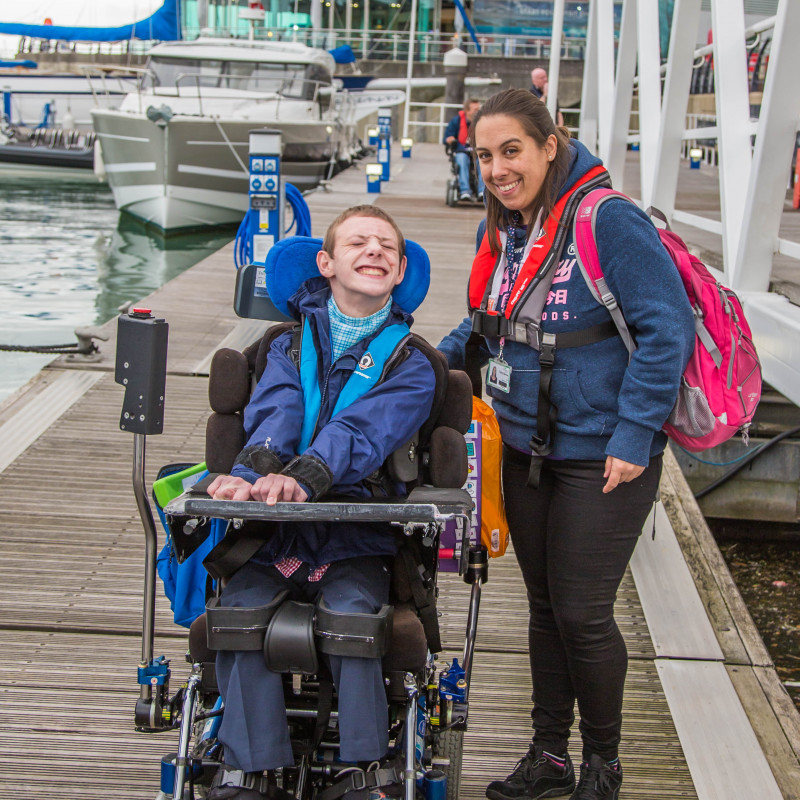 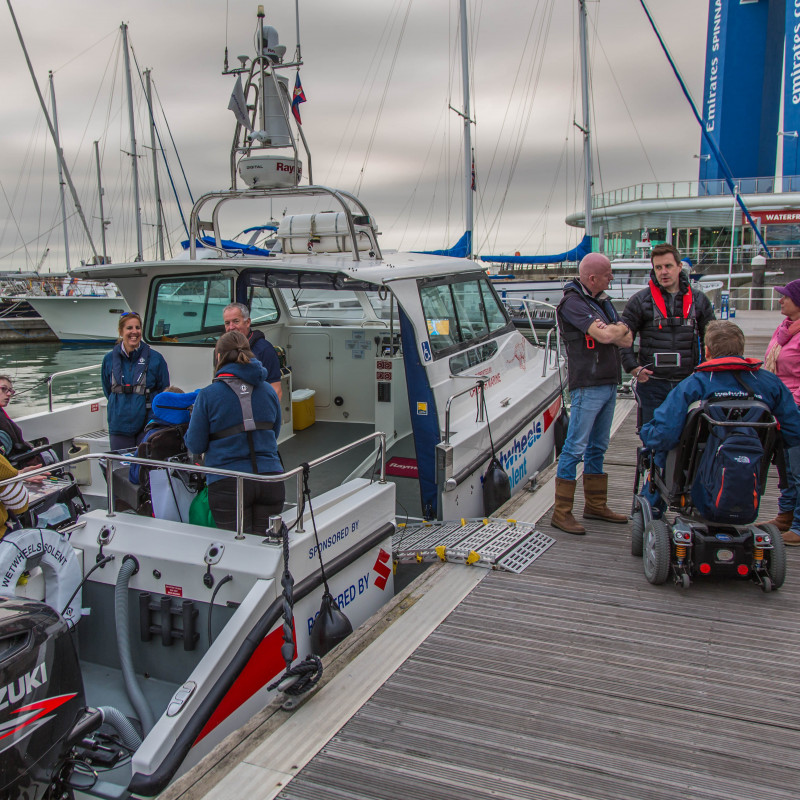 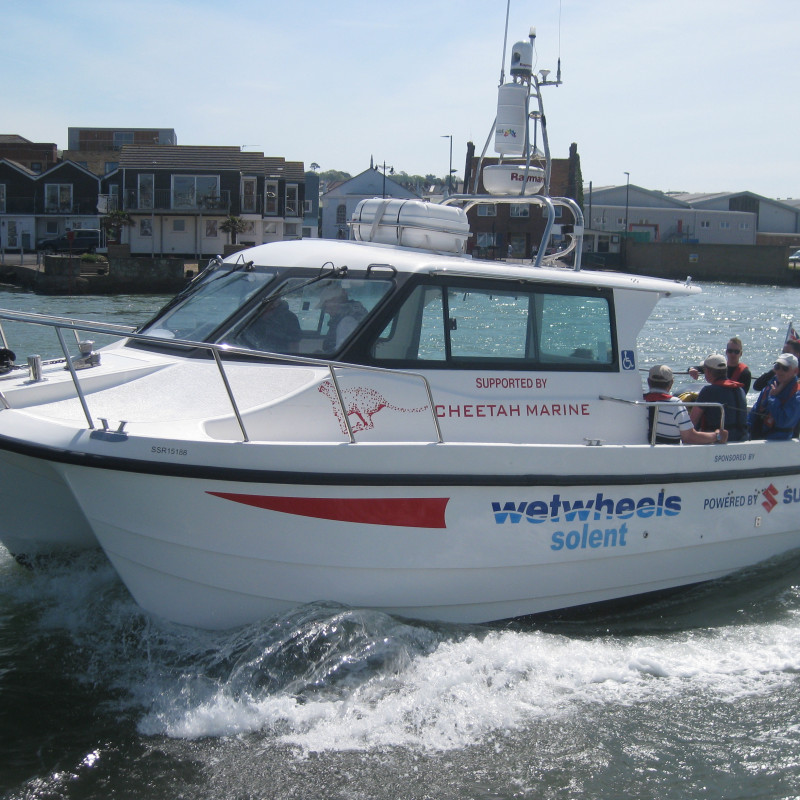 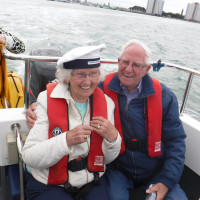 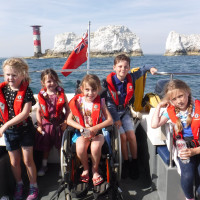 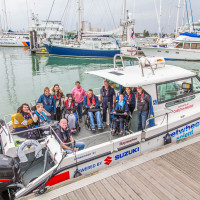 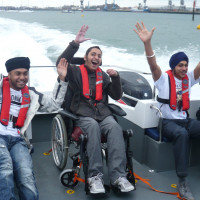 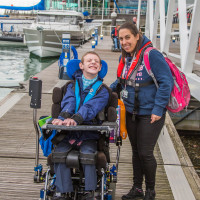 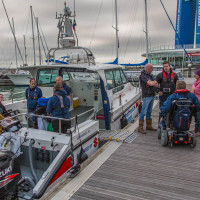 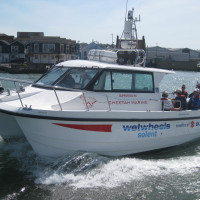 Video made for Sir Stelios Philanthropic Foundation, Disabled Entrepreneur of the Year Awards 2015 (which we won)

See all our videos