Dale Milne, 23, is a young man from Whitby, North Yorkshire. Dale suffered a serious spinal injury, aged 14, from a swimming accident which left him a paraplegic. Dale spent almost three years in bed following his accident, but  is now able to use a powered wheelchair.

Dale first came on board Wetwheels Yorkshire through Whitby DAG (Disability Action Group) and, at that time, was unwilling to approach the helm of Wetwheels and steer the boat due to a lack of confidence.

Following his first trip it was commented on by Whitby DAG that Dale had become more animated and had ‘come out of his shell’, talking a great deal about his boat trip.  Whitby DAG arranged for Dale to have a repeat trip on WWY during which he fished, through means of a specially adapted electric fishing reel supplied by the British Disabled Angling Association.  Dale not only caught more fish than anyone else (including his dad) but also the biggest of the day.  Dale was still unwilling to steer the boat, however.

Dale’s third trip was, again, a fishing trip and, as a result of losing a bet, Dale did drive the boat back to Whitby.

Dale has since made two television appearances to talk about his experiences on Wetwheels Yorkshire. The first was a local BBC News story and the second was a slot on national TV for BBC1's The One Show. 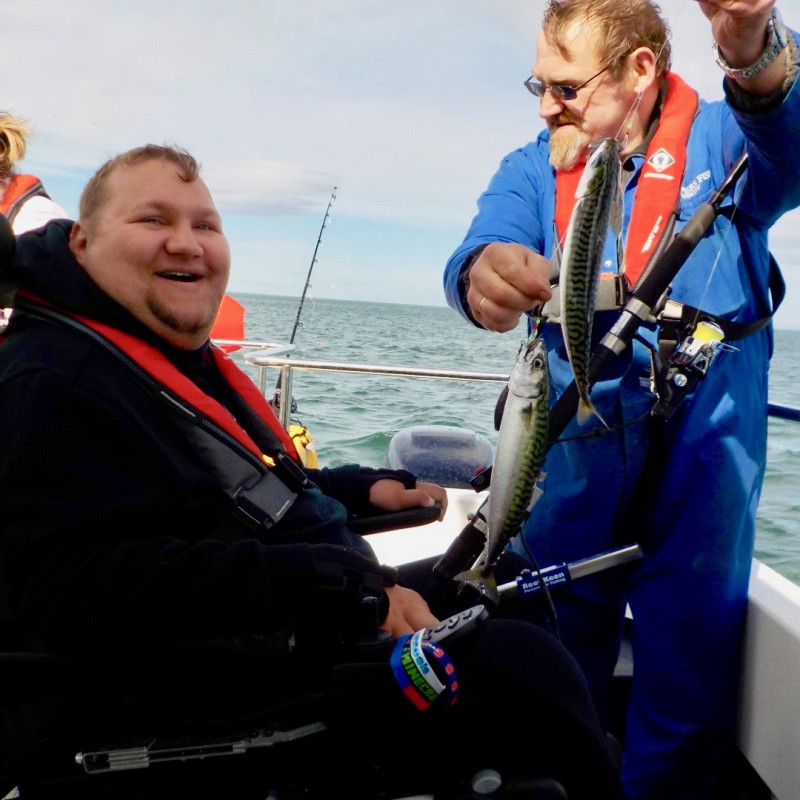